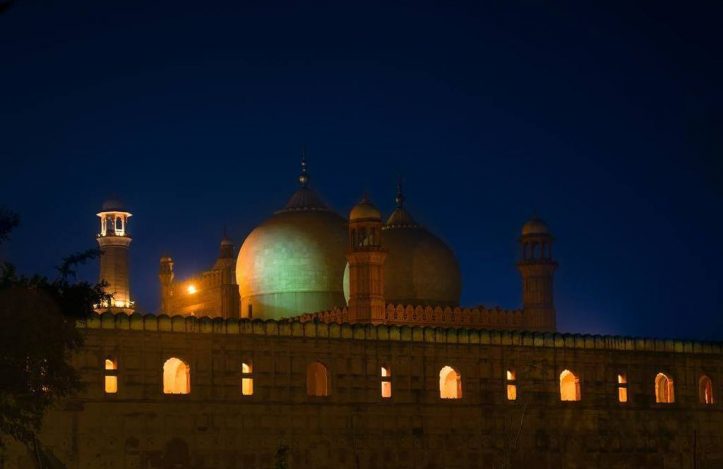 Pakistan being part of sub-continent got many assets after separation. Muslim rulers especially Mughal’s built number of empires, Mosques, and palaces in this region. Even, after separation these all iconic places remained there as it is, thanks to the great Mughal architecture. The only thing which changed was that they became part of different cities of India and Pakistan. Therefore, majority of cities of both countries have a number of historical places. All of them have their own edge over each other.

Badshahi mosque is one such example, it was built ages ago but still, stands strong. In this article, we’ll find out how iconic this Mosque Is? and will also come to know its relationship with the majestic city of Lahore. also previously know as “City of Gardens”

The iconic Badshahi mosque was built in Aurangzeb’s era. The construction took place in 1671 and ended in 1673. At that time it was the world’s largest mosque and enjoyed this tittle for more than 300 years. That’s more than three centuries, it was all due to the efforts which were made at that time in building this mosque. A part from its historical heritage, It is the second biggest mosque of Pakistan.

The reason why Aurangzeb built this mosque is interesting and shocking too. He built this mosque to commemorate his Military campaigns. He was more interested in protectinghimself and his military forces rather than promoting art or architecture. This reason also answers the question why the mosque was built so close to Lahore Fort.

The architecture of the mosque is attractive and interesting.

The main prayer hall is huge and can accommodate thousands of worshippers, the whole mosque can accommodate up to 100,000 worshippers. The mosque has four main minarets. Talking about the interior, it is huge too and is well decorated. Badshahi Mosque very closely resembles to the Jama Masjid Delhi which was built in Shah Jahan’s era. Actually, Aurangzeb decided to build it that way. What makes it different form jama Mosque Delhi is its area as, it’s still one of the biggest mosque in the world.

When Lahore was conquered by non-Muslim rulers, all the Mughal’s made mosques and palaces were also occupied by them. Same happened with the Badshahi mosque. The non-Muslim rulers {Sikhs and British} misused this holy place and destroyed it badly. After separation of sub-continent, the government of Pakistan renovated Badshahi Mosque and tried their best to make it look like what it was before. The present condition of this mosque truly reflects those efforts.

Badshahi Mosque  owns a quiet beautiful museum inside of it. Where several of the historical items are displayed to entertain people about the history. Several of the Islamic culture items are also placed there.

Obviously, there is a lot say about this incedible mosque and the Lahore city. As mentioned earlier Aurangzeb built this mosque for his own intentions but the question arises why he picked this city?

Well, the Lahore city itself has a complicated history, it was one important city in sub-continent and for the most part, it remained under Mughal emperors. One famous Mughal emperor Akbar made Lahore an imperial capital. He thought this region would be safer for him. Therefore, later on, Aurangzeb built this mosque in Lahore.

At the moment it is well interlinked with the other ancient places of the city. As it lies just around the walled city of Lahore, it’s convenient for anyone visiting the inside Lahore to access Badshahi Mosque. Lastly, the badshahi mosque is an important part of Lahore.