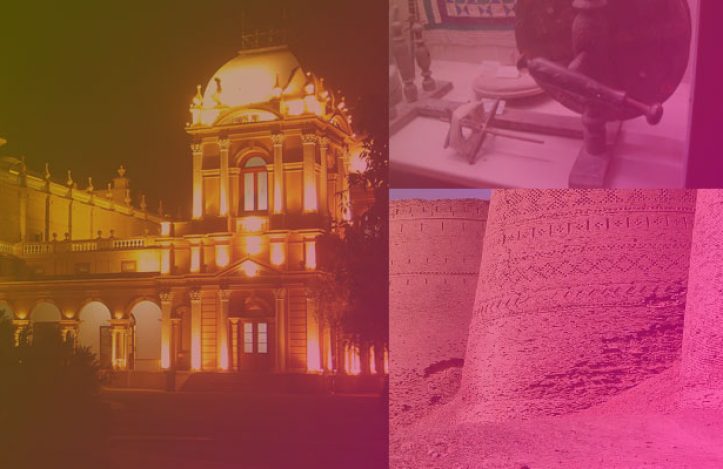 Almost every Pakistani city has a specific heritage. A part from the big city names {Karachi, Islamabad etc.}, the odd ones also have many attractive aspects to catch the attention of the majority. For instance, lets discus an often overlooked city of Pakistan.

Being an ancient of Pakistan, Bahawalpur has a strong historical background. Bahawalpur is known as the “City of Nawabs” as it was founded by Nawab Mohammad Bahawal Khan and also in the past Nawabs ruled this piece of land for decades.

Before the separation of sub-continent, Bahawalpur was an important city of the Punjab State. The rulers kept on changing but the Nawabs ruled this piece of land for the most part.

Cholistan dessert is one major attraction of Bahawalpur city. It’s located 30 Kilometers away from the main city.

The desert itself has an old historical background and is one ancient desert of the country. Every year an annual jeep rally is conducted at Cholistan desert in which drivers from all over the globe participate. The idea is to promote the culture of the region and also to provide basic entertainment to the general public.

One of the largest National park in south Asia, Lal Suhanra is a must to visit recreational spot of the city.

The national park covers a vast area and is spread over 16.5 acres of land. The park is an excellent place for experiencing wildlife and natural greenery. The park is has been converted into a wildlife park of international standard. Many wildlife animals like lions and elephants can be spotted here.

Derawar fort is one great example of the ancient architect as it was built ages ago. Many sources claim that it was built in 9th century A-D. The fort was renovated but that too in the 18th century. Derawar fort has become a popular tourist spot of the city. Due to its ancient historical heritage a large number of tourist visit this fort every year.

An iconic Mughal era beauty, Noor Mehal is an exceptionally well made palace and is located in Bahawalpur City.

According to historians, it was built by Nawab Subah Sadiq Muhammad khan in 1872. A lot of efforts were made at that time to build the palace unique and strong. Currently, the palace is under control of Pakistan military forces but is open for general public.

The central library is one famous library of the country. It is 2nd biggest library of the Punjab province. Built in the 20th century, the architecture of the library’s building let alone captures the attention of any tourist. The library has three separate buildings, each one repressing different section of it.

Jamia Masjid al sadiq is one famous mosque and is the acts as the main and the biggest mosque of the city.

What attracts the most is the Great architecture of this mosque due to which a lot of tourists visit this mosque. The mosque was built back in the 20th century.