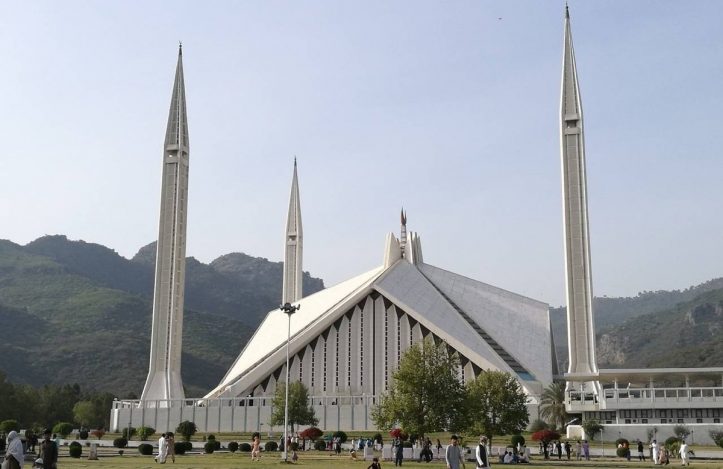 Pakistan isn’t short in terms of historical and natural places. The stats clearly shows the number of such places Pakistan has.

Be it Sindh, Punjab, KPK or Baluchistan, every province has to offer a number of unique and attractive places.

For instance, let’s only discuss Punjab province. The heart of Punjab, Lahore has centuries old historical places and locations to attract everyone’s attention. Many places in Lahore have become an important identity of Pakistan. Islamabad, the capital of the state is also not behind in this competition.

Let alone the location and the scenery of the capital city catches one’s attention. In between this eye-catching location and scenery resides one famous mosque of Pakistan i.e. Shah Faisal Mosque. In this article, we’ll discuss this famous mosque and will also discuss its different aspects.

Faisal Mosque is one famous mosque of the world, located in the capital city of Pakistan. The mosque serves as the national mosque of the country. The Famous Faisal Mosque was built in between 1976 and 1986. The mosque is pretty unique for its class, from its construction to its location, every aspect of this mosque sounds interesting. 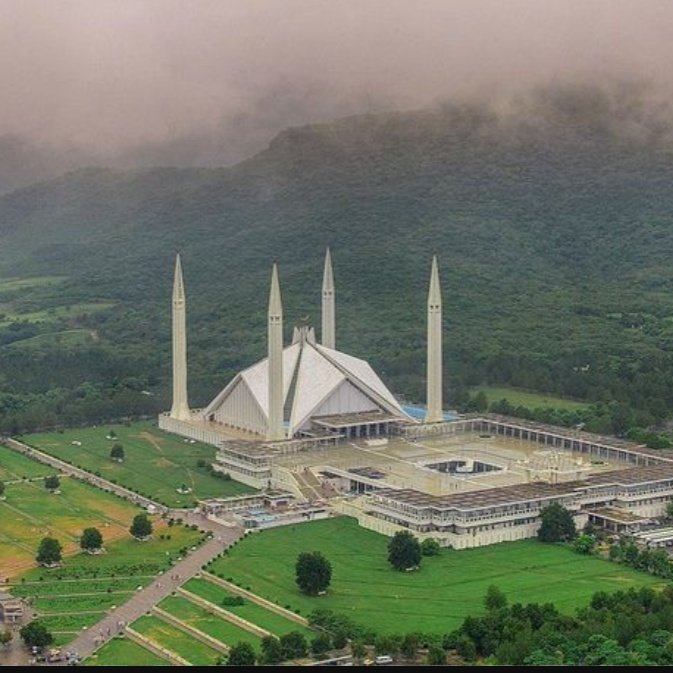 The idea of building a national mosque of this standard was an initiative of Saudi King Faisal Bin Abdul-Aziz. On his official visit to Pakistan, he suggested this idea. Upon approval, the construction of mosque started under the supervision of National Construction of Pakistan. Now, the interesting part here is that an annual competition was arranged for this purpose. More than 15 architectures from all around the world participated in the competition. The winner was supposed to design the architecture of the mosque. A Turkish architecture named as Vedat Dalokay won the competition hence, he was selected for the purpose of designing architect for this mosque.

The architecture language of Faisal mosque is quite different from rest of the different mosques. The main

hall design language is just like any traditional desert tent and is eight sided instead of conventional four sides. The main prayer is big enough to hold thousands of worshipers at the same time. The whole mosque can accommodate nearly 300,000 worshipers at one time.

Due to its interesting and unique design, the mosque enjoyed a real good time when it comes Facts and figures. Faisal Mosque enjoyed the title of world’s largest mosque for more than five years. Still, it is the largest mosque but is limited south Asia region only. The mosque stands at number four in the list of world largest mosques.

More than Just a Mosque: 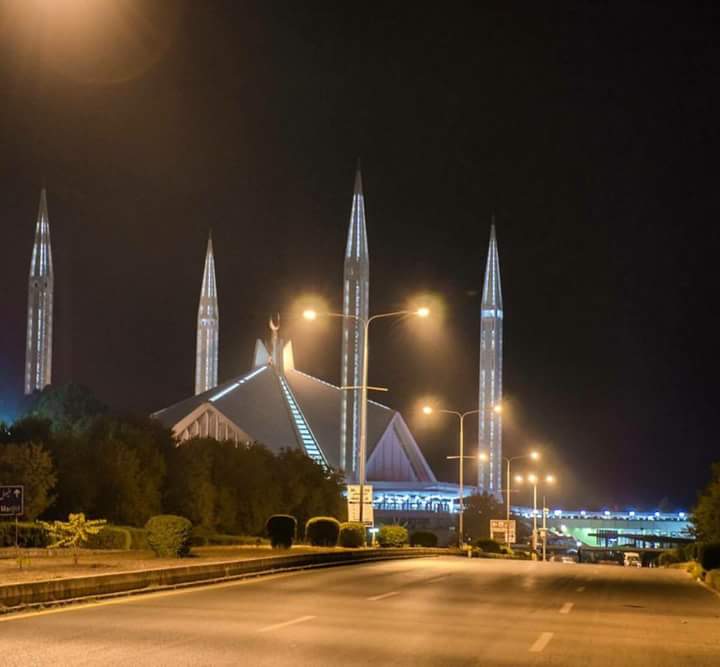 Citizens and tourist are allowed to visit the mosque during specific hours. Some basic level of awareness is required while roaming inside the mosque as it’s a Holy Place at first. All in all, Faisal Mosque attracts is one creatively crafted piece of art and definitely, it serves more than just a mosque. Its unmatched architecture and beautiful location makes it one ideal tourist spot. So, on your trip to Islamabad don’t forget to admire the beauty of this mosque.