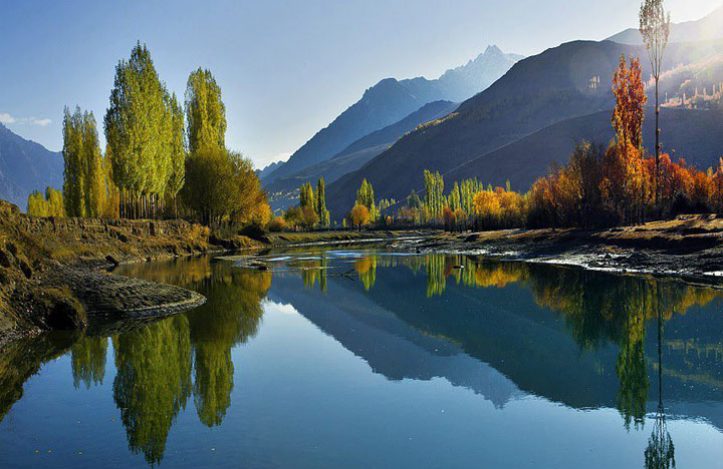 Pakistan is a beautiful country more beautiful than many people even think. There are numerous historical places, landscapes, and archeologists sites that are located in this country. Pakistan’s reputation has dropped because of the controversies that have linked Pakistan and terrorists due to which people often hesitate visiting Pakistan, but that does not mean that Pakistan is not a beautiful place. Some of the famous natural beauties that are located in Pakistan are Naltar Valley, Shangrila Resort Skardu, Neelum Valley Azad Kashmir, Deosai Plains, Gojal Valley and many other like these.

It also has some of the best historical places and archaeologist sites, for instance, Mohenja Daro, Takht-i-Bahi, Rohtas Fort, Taxila are some names that are on the top of the list. It is also believed that the Indus Valley civilization that resided inside Mohenja Daro is one of the oldest civilizations in the history of human being. Gilgit is among the leading cities that are located in the Baltistan region in the heart of the northern areas of Pakistan.  It is also regarded as the center of all the tourists that come from all parts of the world to Pakistan for different purposes, but Gilgit valley is admittedly high on their lists.

If you look at the city from historical perspective, Gilgit was one of the most important cities on the Silk Road by the side of which Buddhism was spread from South Asia to other parts of Asia. The city was very significantly valued for spreading of Buddhism. It is regarded as the passage by which many Buddhists entered from Kashmir to spread the teachings of Buddhism.

Gilgit was traced back to have Hindu residence that has decreased over the past five centuries and now mostly Muslims dominate the area. It was ruled for centuries by a local Trakhàn Dynasty until their last leader Raja Abas died in 1810.  In 1877, in turn to sentinel in opposition to the advance of Russia, the British India Government that was performing as the suzerain power of the princely state of Jammu Kashmir, recognized the Gilgit during 1935.

The British India Government insisted from the Jammu and Kashmir state to let out them Gilgit town, also, the majority of the Gilgit Agency as well as the hill-states that were close to the valley. These hill states include Yasin, Nagar, Hunza, and Ishkoman for the duration of 60 years. The ruler of Jammu and Kashmir Raja Hari Singh released it for RS. 75000.

The Gilgit valley is known for High elevation rambler, Trekkers, and Explorers. For the reason that it directs to the Himalayan and Karakoram range which is the ground of the entire utmost crest in the world higher than sea level. Mostly expeditors come in August of every year afterward they often move to Skardu to purchase the gear that is available at cheap rates. The most famous and high on everyone’s list missions is Broad Peak, K2 ( the Second largest mountain in the world), Gasherbrum I, Gasherbrum II and Nanga Parbat. These are not the only mountain ranges while on their way there are also numerous other 6000+, 7000+ mountain ranges that are located in the Himalayan Range, Hindu Kush range and Karakoram.

If you are not a very big fan of mountain climbing, then do not worry about that there are plenty of sites that you can explore, and will surely get the best of scenes that you will remember until the end of your life. The famous Naltar Valley that is located in South Eastern side of Gilgit that is blessed with pine forests and lush green fields that will present you with a view of your lifetime it is more of a fantasy land.

One of the most famous place closes by is the Hunza, that are the valleys located nearly 3 hours’ drive in the heart of Gilgit.  This is the place that will provide you with the peaceful mind and an ideal location to relax and enjoy the best of nature. It also has three historical forts they are Ganish Fort, Altit Fort, and Baltit Fort.

However, these are not the only ones there are other places that you can also visit these include the fairy meadows, Skardu city, Juglot town, Kargah Valley and Yasin Valley with numerous others place like this.