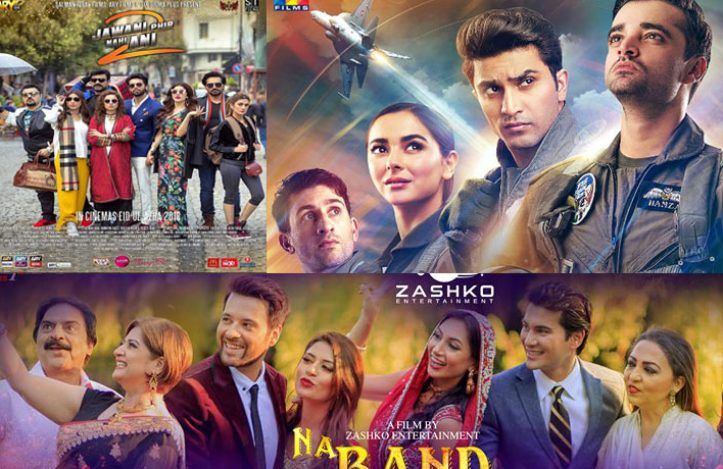 Pakistani film industry has flourished in the past decade more than it has since its conception half a century ago. Although Lollywood is still in its infancy, it has moved forward a great deal. Where previously audience bashed Punjabi movies set in purely rural areas with the cast conversing in a pure Punjabi dialect, now there is an influx of movies being produced and released where are not only bilingual but also cover a vast range of societal issues and topics. There was once a glorious period in Pakistani Cinema with movies likes Churriyan, Maula Jatt, Majajan and (Shan Zara Sheikh) released, which prompted an increase in the percentage of people visiting cinemas with families. Right after that, we saw a gradual decline not only in the number of people visiting cinemas but there was a downhill decline in the quality of content and context of the new films released. The initial years of 2000 were a long struggling period for Pakistani cinema. However, it can be roughly said that the second decade, 2010 onwards, we witnessed an uphill struggle reignited in the world of Pakistani movies as far as the quality of cast, story, music, cinematography and script is concerned.

We have previously witnessed Pakistani cinema rise with movies such as Bol, Jawani PhirNahi Aani, Jaanan, Waar, Cake, Arth and many more. The film crews are toiling day in and day out to make Pakistani films top notch with shooting not only locally but internationally as well. A few upcoming and promising projects yet to be released in 2018 are as follows:

It is an upcoming Pakistani film to be released on the occasion of Eid-ul-Fitr. Topics such as freedom fights and occupied territories have been a central theme in previous Pakistani movies such as Waar and Tere Pyar Main. The upcoming film Azaadi is based on a similar theme in which a young man is bent to put on stake everything which he owns in order to fight for freedom: azaadi of occupied Kashmir. Topics based on patriotism coupled with a sub plot of romance are well received by audience and a promising cast including Moammar Rana and Sonya Hussain will definitely make the movie a big success. The movie is set to be released in June, 2018. 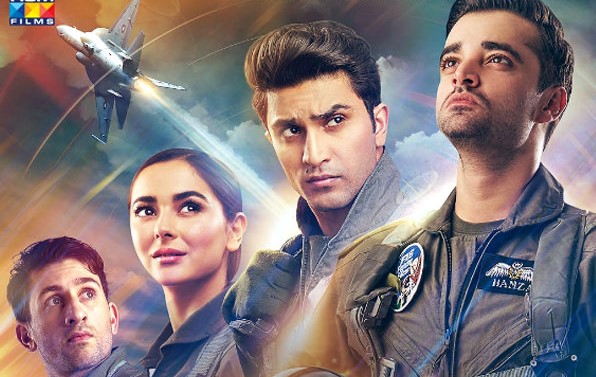 Parwaaz Hai Junoon is another movie based yet again on patriotism but the presentation has been diversified. The movie is based on Air Force pilots and an incoming mission which they pursue in order to save their country. The audience is enthusiastically awaiting the release as they say that the movie makes them feel as if it will be nothing less than Tom Cruise’s Top Gun. The movie stars multiple actors such as the heartthrob Hamza Ali Abbasi, Shaz Khan, Shamoon Abbasi, Kubra Khan and Marina Khan. The film will be released on Eid in June 2018.

Who does not know or has not heard about Maula Jatt? The epic starring Sultan Rahi is a 1979 Punjabi language action thriller which requires no introduction. The movie was an instant hit and probably why we have an Urdu sequel of the movie coming up in 2018. The movie stars a power- packed cast with Fawad Khan as the lead actor along with Mahira Khan and Hamza Ali Abbasi. The exact release date of the movie cannot be confirmed as there are a few controversies going on right now. However, we are eagerly waiting for this contemporary and newer version of one of our beloved Lollywood classics. 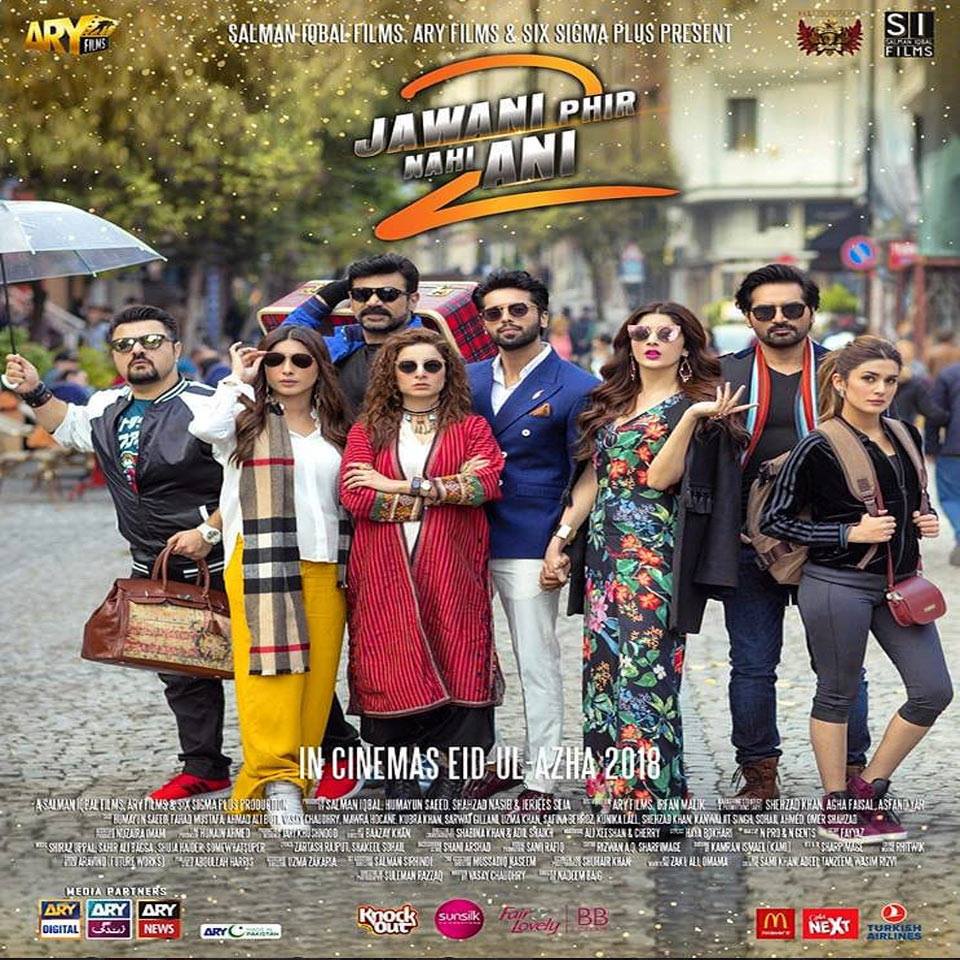 Another sequel that we cannot wait for is Jawani Phir Nahi Ani 2. The movie is the next is line in terms of story and characterization to its predecessor Jawani Phir Nahi Ani which was released in 2015 and was the second highest hit on box office. The genre is adventure comedy coupled with a perfect mixture of music and exquisite sights. The sequel has been shot in Pakistan and Turkey with various changes in the cast. The Instagram sensations, Kubra Khan and Marwa Hocane are new additions to the cast and crew and the release date of the film is Eid ul Azha, expectedly August, 2018.

With the irresistible and an already established actor in Bollywood, Ali Zafar as lead actor of the film, Teefa in Trouble is making audience way more expectant than any other movie set to be released in 2018. Cast includes Maya Ali who will also debut in the Pakistani cinema industry with this film. Javed Sheikh is also an integral character of the movie. Although famous for his chocolaty looks, Ali Zafar is playing an opposite role in the film of a bad boy and the singer plus actor is making the audience eager with anticipation as there have only been a few teasers out. The shooting locations include Pakistan and Poland making the film one of the most expensive films in Lollywood. The release date is undecided but rumor has it that it will be released in summer (July) 2018.

The rhyming title of the movie as it is has attracted audience. Adding to it is its super cast with Mahira Khan and Sheheryar Munawar as lead actors. The duo has been a hit since Ho Mann Jahan and is set to put the cinema screens on fire with this upcoming film. The movie is a romance- comedy with Sheheryar Munawar forced to find love within a span of seven days or else bear the consequences. Some of the finest actors from Pakistani film industry such as Javed Sheikh and Hina Dilpazer are also part of the movie. The movie will be released in August, 2018. 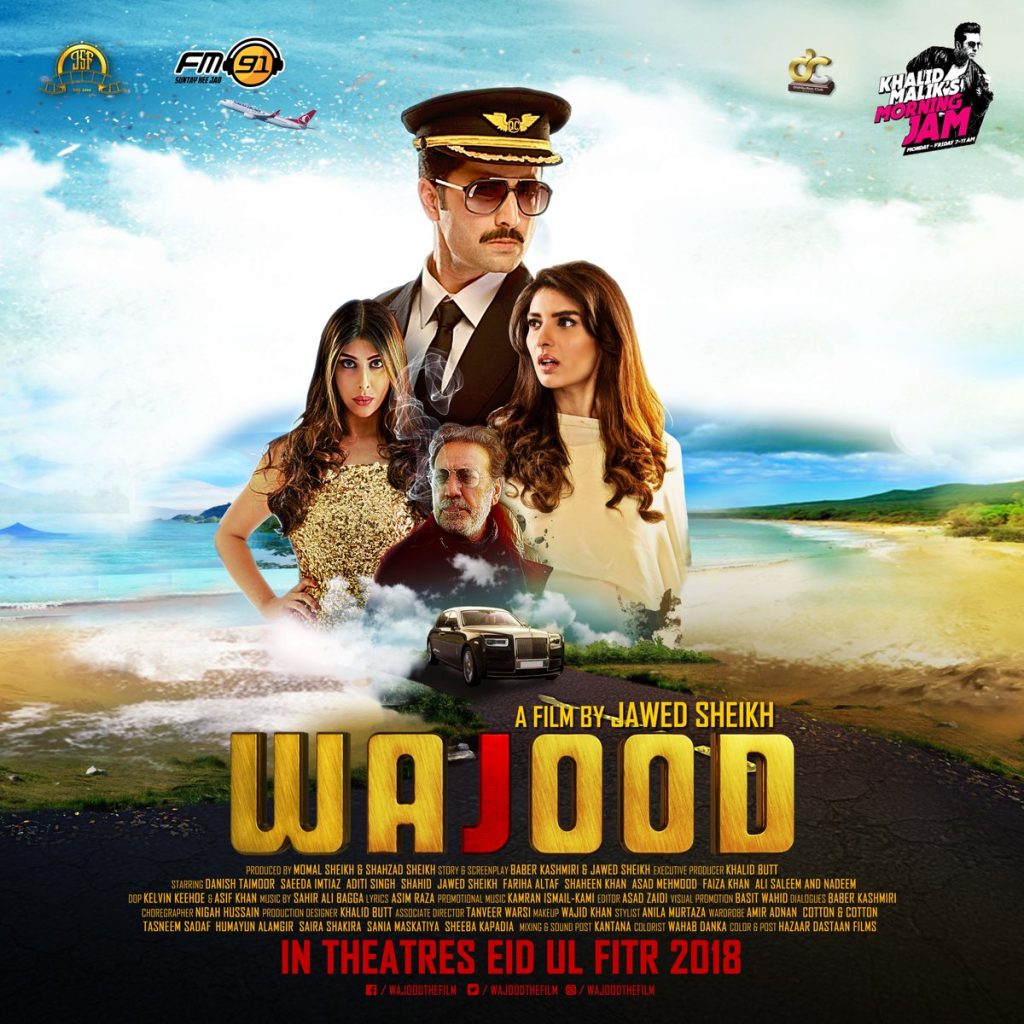 Pakistani cinema is still fearful of experimenting with out of the box themes. However, the banner Javed Sheikh films with its rich links in the cinema industry has produced thriller revenge with the name Wujood set to be released in 2018. The cast includes veteran Javed Sheikh and Danish Taimoor opposite Saeeda Imtiaz. The characterization is unique in the sense that it exhibits the female lead as a strong independent woman and the hero is also seen in the trailer in a diverse role. The film has been shot at international settings.

A much awaited film highlighting the lives of people living in diaspora. Residing in Canada and away from their own homeland Pakistan, the film outlines the issues faced by the people with hybrid identities. The theme highlights serious issues but the movie is more of a comedy which renders the tone lighter. The movie is a mixture of multiple plots, music, comedy, family drama as well as an A standard cast including Mikaal Zulfiqar, Ali Qazmi and Qavi Khan etc. The movie will be released on 29th June, 2018.

9. Dajjal: The Slayer and his Followers 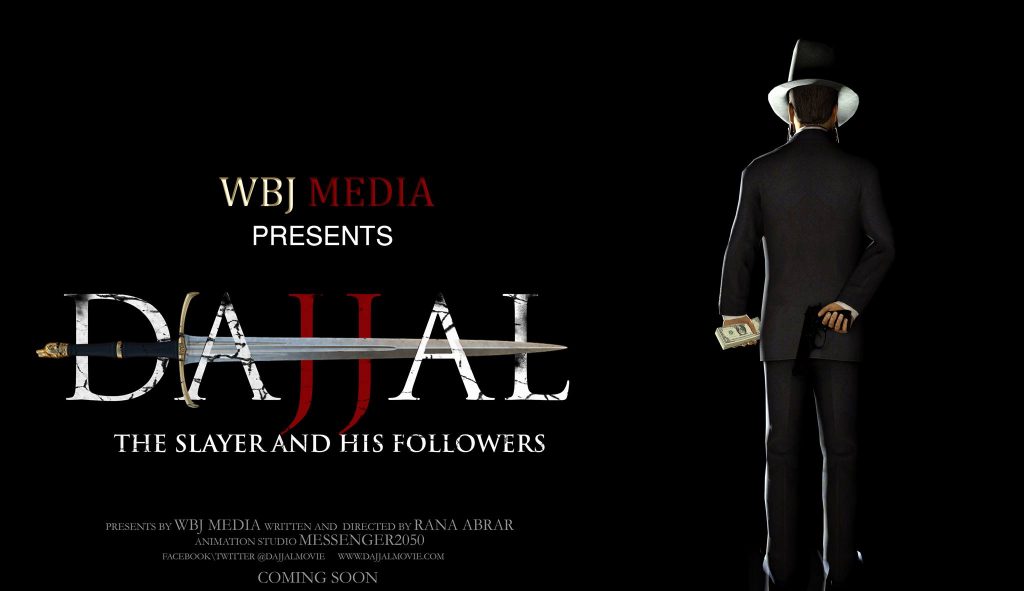 Quite a controversial topic, the movie is based on world economy and how certain powers struggle to undermine and annihilate the global resources for their own benefit. The movie has created a wave of controversy as the cast has not been fully revealed and such a theme has not been broached before. The movie is set to release in October 2018 and we wish it all the good luck.

As interesting as the title of the film is, the movie has caused ripples across the whole cinema industry. The cast includes the ever famous and most likeable duo Fahad Mustafa and Mehwish Hayat opposite each other and the movie will also release this Eid ul Azha. The director, Nabeel Qureshi, has previously given us epic comedies like Na Maloom Afraad and Actor in Law. The movie has been shot in Pakistan only as the plot revolves around love in an era of load shedding. The movie is not just a satire but highlights serious social issues as well.

Who does not know Shan Shahid? The actor has been the most favorite of all age groups of audience and still is the most reputed and paid for actor in the Pakistani cinema industry. Zarrar is an action thriller with Shaan as the lead. However, rumor has it that the movie has two debutants Adnan Butt and Kiran Malik making their entry into Lollywood. It was set to release in 2017 but due to reasons unknown, the release was pushed to 2018. So far, no specific date has been announced but we cannot wait for another box-office hit by Shan.

With films like aforementioned projects being produced and yet to be released, Pakistani audience not only here but also abroad is looking forward to visiting cinemas more with friends and family and opting out for this recreational activity. The year 2018 has released films such as Arth, Cake, Motorcycle Girl, Allahyar and the Legend of Markhor, and what not. The viewers have witnessed drama, thriller, comedy, romance, sci-fi, animation and many other themes. However, there is still a long way to go as far as Pakistani cinema industry is concerned and while we have some exciting new projects all set to be released and analyzed by viewers and critics alike, we only have high hopes and wish Lollywood to the good luck to soar high!