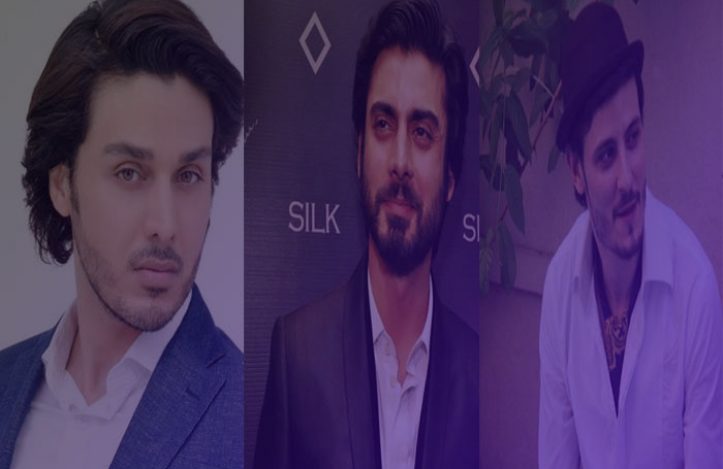 Movies either local or international have a certain appeal that gets to nearly everyone. Whether it be short films, serial programs, seasonal films done in the form of comedy, action/thrillers, tragedy or tragic-comedy it definitely has an audience. Several things make movies of such great appeal. Besides the use of technology and effects, the story line as well as the casts are two very great important aspects of any successful movie.

Actors and actresses are about the single most important factor in any movie. They depict the story and play out the role of those characters involved in the movie. They bring life- passions, anger, feelings of being betrayed, hatred, love, joy, confusion, excitements, sorrows, tears and more to the eyes and minds of their audience. People just naturally or sometimes without knowing, fall in love with an actor. People sometimes develop hatred for an actor. People sometimes are indifferent or develop mixed feelings about a particular actor. And to think of it, these guys never really did anything wrong or right, they only acted out a script. And so based on so many factors, from audience perspectives, research into the actor’s audience appeal, smartness and more these actors could be considered the 20 best actors in Pakistan:

It will not be out of place to refer to Fawad Khan as Lollywood’s cutest male actor. This 36 year old husband and father of two kids is a singer, model and a prolific actor. It sure would have come as a surprise to many if his name didn’t come up first in this analysis. After his debut in the movie Khuda Kay liye in 2007 which resulted in his first award, the ‘Best Film Actor award’ in 2007 he keeps going on. The unstoppable Fawad is loved by many for his magical interpretation of roles in movies, resulting in several more awards and his debut in Bollywood with the movie ‘Khoobsurat’ in 2014 and resulting again in the ‘FilmFair award for  Best Male Debut’. He has a total of 26 nominations and 17 wins.

Imran Abbas began his career first as a model as well as taking part in various soaps and TV series until he made his first appearance in Lollywood in 2013 in a romantic movie titled: Anjuman. Abbas was later nominated to the Filmfair for Best Male Debut Award in 2015 for his role, Karan Malothra in the movie titled: Creature 3D which was his debut appearance in Bollywood movies.

Zafar, is one unique and multi-talented personality. He is a songwriter, singer, model and a painter with several hit songs and awards in his music career to include the most coveted MTV music award before venturing into Lollywood. From been a sketch artist, to acting roles in TV series before appearing in Lollywood and later Bollywood movies. He is the fourth Pakistani artist with song featured in a Hollywood movie.  Zafar has so far won 19 awards out of 32 nominations.

Mikaal is Pakistani’s London born movie star who made his appearance in the Pakistani’s entertainment industry when he relocated back in 1999. He began as a model in 2000 and has been so much into comedy commercials. With so much audience appeal, he is one of Pakistan’s rising stars with appearances in a Bollywood movie and with 3 nominations and 2 awards.

Born in London, Khan is a British-Pakistani national who made his first film appearance in 1998 in the movie, Nikah. He is a regular feature in TV programs and was the host of a television quiz show on Hum TV titled: HayyaAllalFalah in 2011. He has received 2 nominations for which he won one of them.

Good looking Faisal is a TV actor, screenwriter, director and producer who started out as a play writer and became famous through the production of his sitcom, Teen Bata Teen. He has several awards to his credit.

One of the cutest actors in Pakistani cinema today and a popular face on Pakistani TV series, one of which is MeryDardKo Jo ZubanMilay. Munawar is an actor, model and film producer. He won the Lux Style Award for Best Supporting Actor out of the two nominations so far.

Fahad is one of the most talented actors from Pakistan hence he has enjoyed a robust acting career on the big screen. He has to his credit TV dramas, an early morning TV show and movies such as Na maloomAfraad. This movie actor, producer and model who directed Kitabiyaaz, a movie documentary on Bollywood made his debut in 2002.

Saeed is neck deep into the media, being the co-founder of Six Sigma Entertainment Plus, a TV syndicate involved in producing TV series. He is also an actor, director, producer and the only TV personality to have won the LSA Best Actor award for 5 times in a row. He actually has been nominated for 20 awards and won 15 of those awards. Though he has appeared more inTV dramas and a couple of movies, he is a regular face on the big screen.

Taimoor is an actor and model who began his acting career in 2005 with a TV series Do SaalBaad, Dracula and his movie debut, Jalaibee in 2015. Arguably one of the cutest, he was a part of the league of top paid actors in the industry.

Sami is a Pakistani model and actor who did his first movie debut in 2004 with the movie, Syed Noor DevarBhabhi. He has received three nominations but won two awards and enjoys a robust career with so many movies in his kitty. 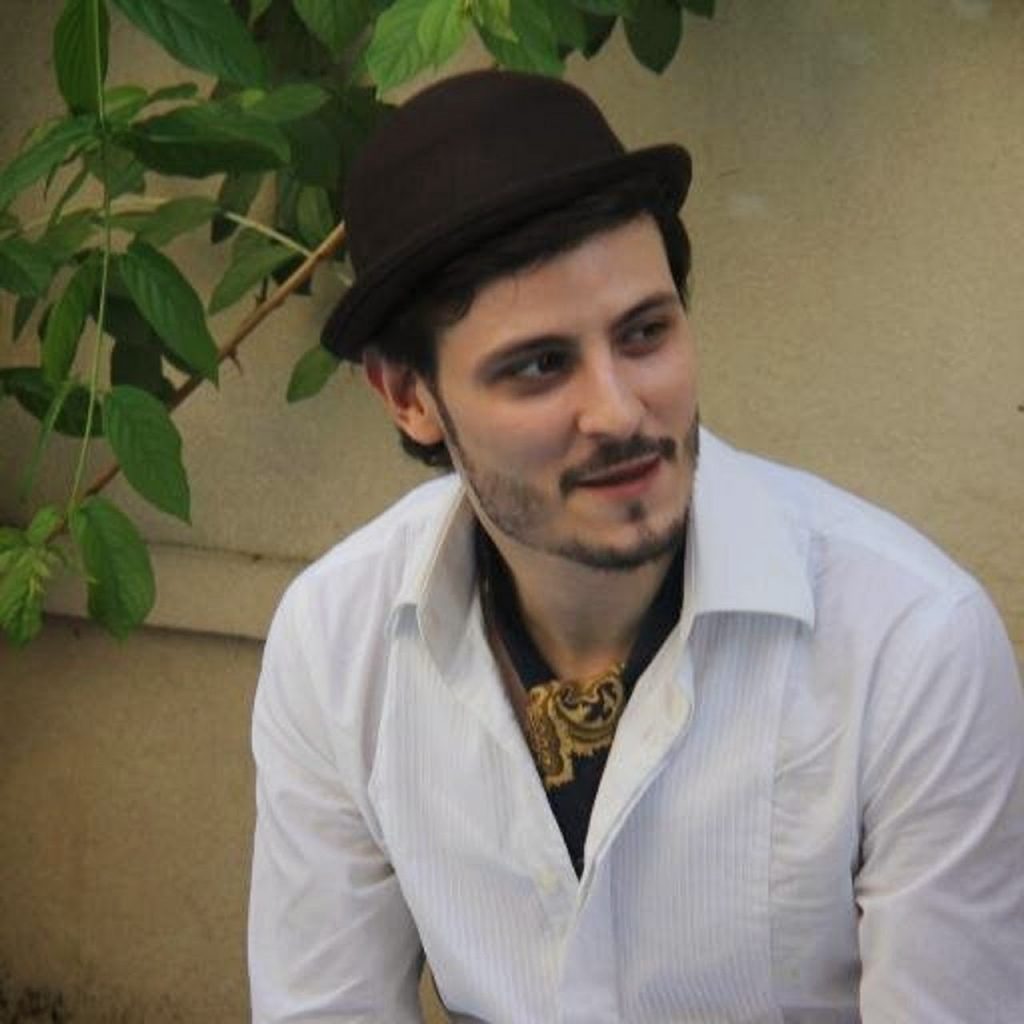 Butt is a scriptwriter and an actor who made his entrant in 2007 but is popularly known for his role in Ail Nayee Cinderella where he played Mayer in 2012. He obviously picked the traits from his father, who is a scriptwriter, actor and director by name Dr. Khalid Said Butt.

Junaid is a successful singer and songwriter with two popular albums to his credit. He is a fast rising actor with several movies to his credit and 2 award nominations.

Azfar is an actor, model and a director who is doing so well for himself on the big screen. He is currently on two TV programs, Aik Pagal Si Larki on Hum TV.

Popular for his role in the film, Khuly Asman Kay Nichay, Sabzwari played the role of Young Saleem in his debut film in 2014 and has since appeared in many more movies and TV series. He is an actor and model.

Armagan Shahid comes from a background with media and entertainment flowing in their veins. Popularly known as ShaanShahid, he is arguably Pakistani’s most influential and renowned film star. He startedhis first act as a young boy playing the role of a Boy Scout in a bonfire night; and though took a break, he returned to act in many more films. His first was Shaan in Bulandi in 1990 and won 7 out of 9 nominated awards. He is an actor, writer, director and model and also a brand ambassador for quite a good number of notable companies like Unilever, Pakistan, Pepsi, Mobilink, Lux, UNICEF, Procter & Gamble and the Ministry of Health.

Mohib is the first Pakistani to win the most coveted Best Supporting Actor award at the International Filmmaker Film Festival, England from his movie, InshaAllah released in 2009. Mohib has featured in a couple of movies and theater acts with a long list of TV series and Telefilm appearances. He is an actor and a TV host.

Ali is a lover of entertainment with roots in the theater, haven performed on many occasions at the theater. He is also a singer, model, anchor and actor who began his acting career in 2006 and since then has never looked back for once. He bagged the ATV award for Best TV Anchor and made his first movie appearance in 2012 in the film; Mein HariPiya showing on Hum TV. The film earned him a nomination for the Best Soap Actor, a Hum award. A darling to the Pakistani audience, he has an impressive TV career.

Handsome looking Hassan is a notable face in Pakistani TV series and films. He is an actor and a model. A young, promising actor who gained more fame through his act in; Azar Ki AyaiGe Barat; is sure to take on the Pakistani TV screen with more appealing acts. Had his debut in Lollywood with the movie; Ramchand Pakistani in 2008.

Faizan is definitely a round character both on and behind the screen. Faizan’s skill as an actor and editor stand him out from a lot of movie personalities. He has had a robust learning experience under several other actors in the industry and is a US born Pakistani citizen; born to the TV producer Rashid Khawaja in Houston, Texas.

Let us now in comment section which one is your favorite male actor.