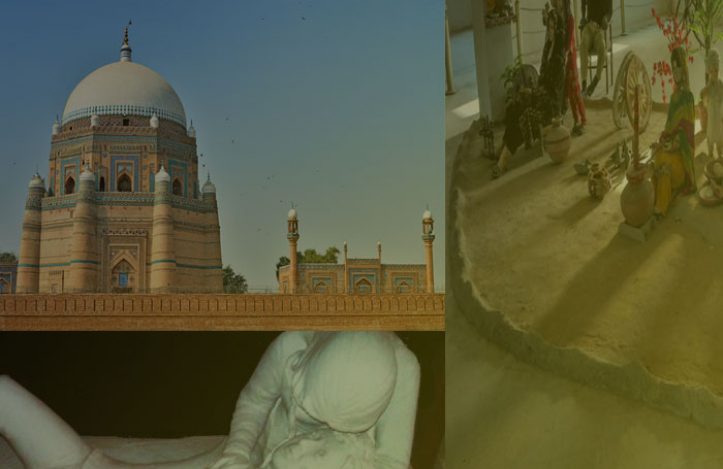 Beautiful and natural scenery around the world provides great opportunity for man to enjoy what nature brings. The benefit of tourism to humanity is enormous and cannot be quantified so easily. A visit to lovely sites such as what the city of Multan provides gives a form of education about the people and cultures of the Multan and Pakistan in general.

Multan like any other city comes with its uniqueness, culture, beauty and practices. Multan is considered as Pakistan’s 5th most populous city with population strength of over 3 million people in the Seraiki speaking region of Punjab province. It is considered as one of the major hubs or places with great tourist attraction.

What makes Multan a place of Interest?

There are several unique things that stand Multan out from the rest. First, it is one of the oldest cities in existence, for about 5,000 years in history. Other unique factors include:

Best places to visit in Multan

This gallery contain historical paintings about the experiences, culture and commercial life of the people both recent and for decades. Most of these paintings are original paintings done by local craftsmen.

This is a beautiful site dotted with flags and white marble and situated at Shershas road in Multan. There are very few parks like this in all other parts of Pakistan. It is a green/ grassy field developed in memorial of the soldiers who were killed during the war between Pakistan and India.

The CDS Park is another cool spot to take the family on an outing. It has very rich luster of grassy land where families can hold picnic and kids run around excitedly. It’s quite a beautiful view that allows you to sit back and watch airplanes as they take off and land at the airport close-by. It has a shopping mall for your shopping needs and a relaxation spot where you can buy snacks.

The Shah Shams park provides an avenue for family fun fair with a lot of games, trains, swings, slides, rides, boats and more that you can find in a standard amusement park. Located in Eidgah, close to the Shamsabad colony in Multan, it offers great fun time, ample space and grassy land for any conceivable field and play time activity. Though quite over crowded mostly, it also has a purpose-built shallow (artificial) lake to add to the fun.

With Multan having very little access to the river, the Chenab River provides ample opportunity for picnic by the river bank or boat cruise by individuals or groups. From other users’ perspective, the winter is the best time to visit the Chenab River. You can enjoy a peaceful ride on the sea during the winter season as the water level is quite moderate unlike during summer when the river becomes more dangerous and overflows its bank. At the bank, a lot of tourists are seen having fun, on horseback and on camel ride.

This structural edifice serves as a spiritual and ancestral base visited by many persons with strong routes in Islam. It stands on a high plain allowing you to view other parts of Multan. Though smaller, it shares a lot of similarity with the Shah Rukne Alam tomb in Fort Kohna.

The high topography gives it a beautiful look and an advantage to see the lovely Multan city scape spread out up ahead. It houses at the center the shrine of Sufi Saint, Hazrat Shah. To get to the main building from the parking lot is quite a long walk but avails you the opportunity to take in the lovely architectural edifice of over 700 years old and built in the 17th century.

Its historic tomb situated within the facility seem to be the major source of attraction as quite a huge traffic of visitors all come to offer prayers at the tomb to the spirits of Holy men or saints buried many years ago. 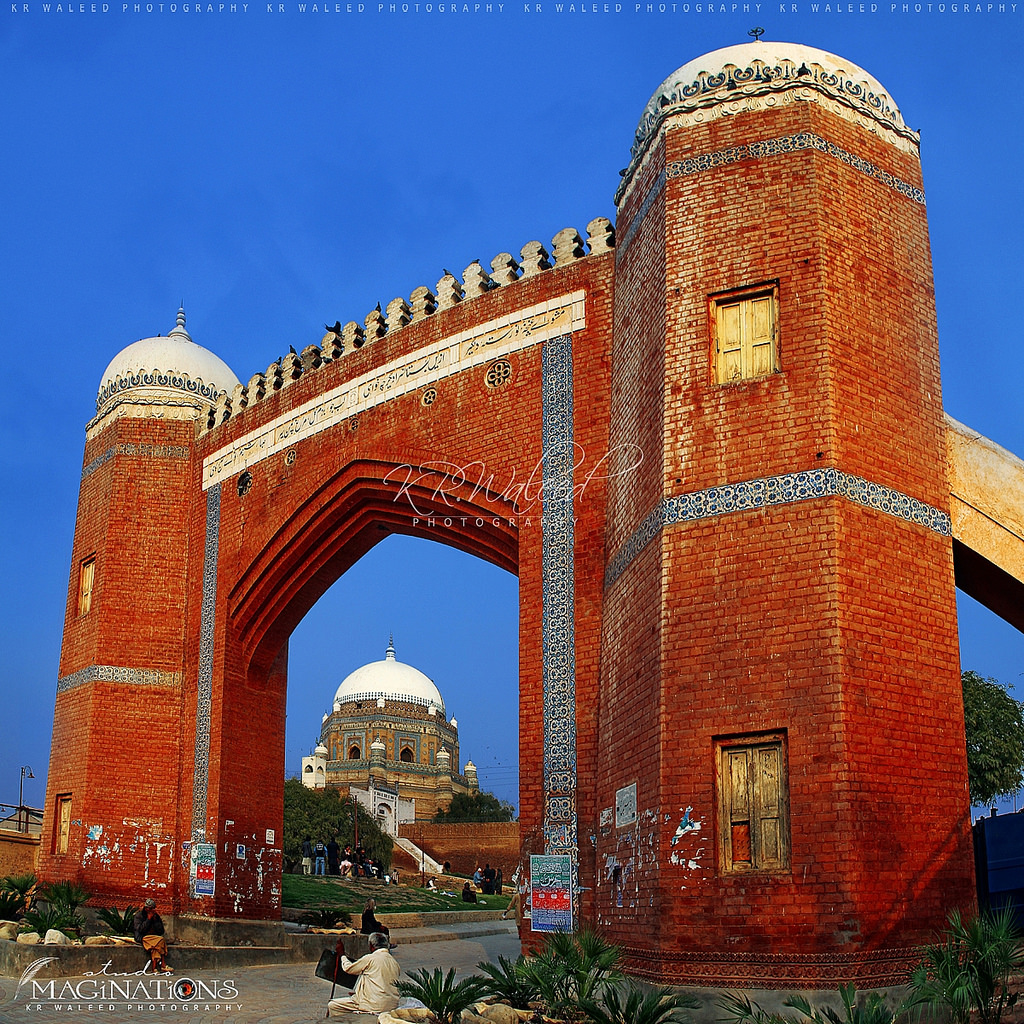 Also known as Quila Kohna, is a 2,600 year old structure erected as a fortress. This ancient structure provided refuge for Multan residents from invaders from both the west and northern neighboring cities. The Fort Kohna is built at the center of Multan on a mound and has since been re-built on several occasions with the last time been 1,100 years ago.

The structure is circular in design and 7,000 feet long. It has a carnal of 40 feet wide and 25 feet deep around the perimeter fence; this is to make it difficult for intruders to have access to the structure. It was however destroyed in 1818 by the Raijeet Singh forces, in 1848 by the British colonial army. The Fort Kohna still commands a lot of tourist interest but currently houses a new structure called Damdama that allows a very good view of the entire city.

This is quite an historical monument built based on the Sikh evolution in Pakistan. It is located at Qasim bagh in Kohna Fort, Multan. It was built in memory of Van who was killed under the Sikh administration, resulting in the bloody battle and takeover of the Sikh kingdom by the British.

It is an elongated pole-like structure erected at the Qaim bagh. 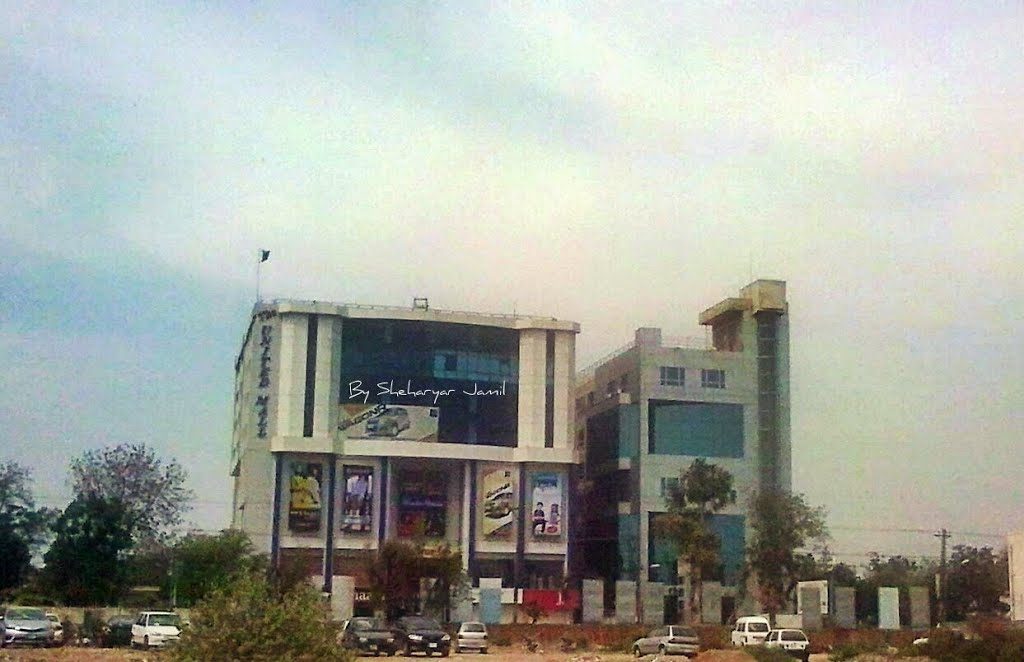 Chen tower is a one stop shop for branded products, it is about the oldest shopping mall of international standard in Multan. It is quite known and popular for fabrics and garments. You can find both local and international brands inside but with just one café, named Luna available for visitors refreshment needs.

The United Mall is relatively big sized mall with both local and international brands and with a good variety of products from Europe and America. They offer good quality and variety but more for middle and upper class due to the pricing.

Hussain Bazar offers you an ancient market setting but with virtually any product listing required. It is about the largest market ever in Multan. Just think of a product, walk into Hussain Bazaar and you are sure to find it. Prices are quite easy to negotiate here, maybe because of shipments from Chinese markets. Things you might want to look out for or purchase includes the traditional Khussas, that is, locally embroidered shoes and Multan embroidery suits, all of which are only available in this market. However, you must exercise all caution and restraints as it’s quite a crowded and noisy market where the good, bad and ugly can occur.

What comes to mind at first is that it’s a clock house basically but the clock plaza is both a clock tower with a shopping mall. It is a trading post that offers more of Pakistan attires, dresses and wares with very few foreign brands. So if you are focused on purchasing Pakistani attire, this might just suite your purpose.

This is an ancient family owned shopping mall with a good amount of both local and foreign brands. It is quite an architectural masterpiece with ample space, well planned. With air conditioning systems, security fittings in place and elevators to make purchases easier and fun.

This lake provides a good opportunity for fun and relaxation for your family and friends. It is an amusement park with facilities for kids and adults such as: a paddle boat to enjoy on the lake, 1 small cinema to enjoy 5D movie clips. It also has a fast-food restaurant and food courts. Chaman zar is a well-organized park suitable for excursions trips for schools.

A museum in honour of Baha-ud-Din Zakariya. It is the shrine of Zakariya visited by many pilgrims from within and outside Pakistan. He was a disciple of the Sufi Master, Shaikh Shahab and is highly revered amongst the people due to his efforts in spreading Islam.

Also known as Clock Tower of Multan, Ghanta Gharn was constructed in 1884AD. The British colonialists laid siege on Multan and where the Havelli of Ahmad Khan Sadozai built his residents finally became the location where the Britisherected the Ghanta Gharn tower.

Though with several modifications, the Ghanta Gharn is at the centre of Multan, leading to different locations around; markets, pharmacy/hospitals, goat market, tomb, electronics, hotels, ladies shoes etc.

It is Multan’s first cricket stadium and also referred to as the Old Fort Stadium established in 1975 as an 18,000 capacity stadium. The Qasim stadium was designed as a multi-purpose stadium but was used of the international cricket games in the 1980s. Several sports events of football and cricket are organize here.

Every city have some beautiful places to visit but cities with historical arctitecture have some edge over the other cities.