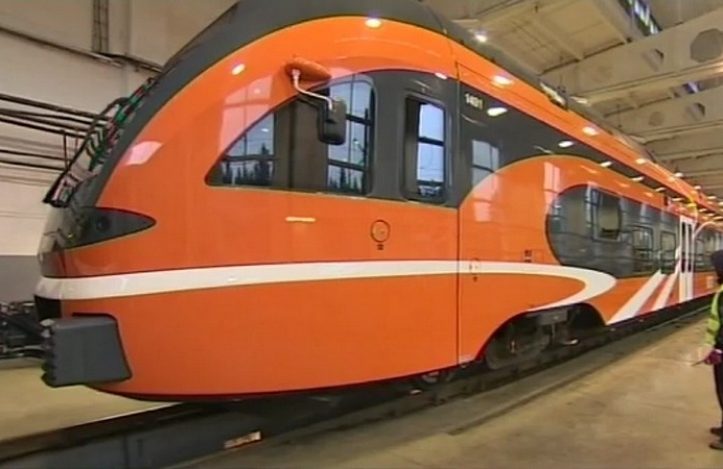 Orange Line Train is an under construction rapid transit project. It is considered as the continuation of the Lahore Metro Bus Project. It is one of the most modern rail-based train systems in Pakistan.

Following are some facts that relate to the Orange Line Train:

1. Financing of the Orange Line train

The orange line train project is considered as the part of the major CPEC project.

Whereas the remaining amount will be carved out of the soft loans granted by Government of China.

3. Starting off the project

The project was jointly initiated by the Government of China and Pakistani in May 2014. For starting the project, the Chinese Bank Exim Bank agreed to grant a soft loan of $1.55 billion for the project.

The Orange line train will have five wagons. The Chinese company Norinco manufactures these wagons. The wagons will be automated and driverless.

The trains will have five wagons and four doors which will be illuminated by LEDs. A seating capacity of overall 200 people and can accumulate five people per square meter.

The expected life span of the Orange Line Trian system is calculated out to be 100 years, provided that routine maintenance is done and conventional repair techniques are adopted.

The path of the train system consists of 26 destinations. The route starts from the DeraGujran Terminal to the Ali Town Terminal.

The 26 stations are as follows:

The lines of the train system extend to about 26.23 km out of this 1.15km is underground, and about 0.7 km of the track is elevated between the underground and elevated sections.

11. Electric Supply for the Project

It is estimated that the whole train system would require:

by the Lahore Electric Supply Company for the operations.

Like the metro bus systems in Islamabad and Lahore, it is planned that the Orange Line train will be operated for a total of 18 hours per day. The timing will be in between 05.30 to 23.30.

The maximum speed of the train is about 50 mph. And the riders will have to stop by 26 different stations. The total time from on terminal of the system to the other ending terminal is about 45 minutes, which is much fast as compared to the current transport system which takes about 2 to 4 hours.

The projected ridership is estimated to be 30,000 passengers per train hour. It is expected that the

The whole system is designed to offer a ride of 2 minutes to each destination. Initially, in the first year of operation, the train will be able to serve 24,520 passengers.

Underground stations will have automated doors. These entries will be placed on the trains and platforms.

the public areas of the stations will be air-conditioned, and the elevated platforms will be naturally air conditioned through the construction procedure.

Many historical locations and assets were found on the way of the track of metro train project. It is said that the government has plans to follow the route no matter what comes in the way.

This project when done, will definitely strengthen the transport system of Pakistan. Keeping in mind that government has plans to expand this metro system to other cities of Pakistan.

The orange line metro train project is under construction and will take around 3 years for its completion. Now, some people are in favor of this project while some are against this project.