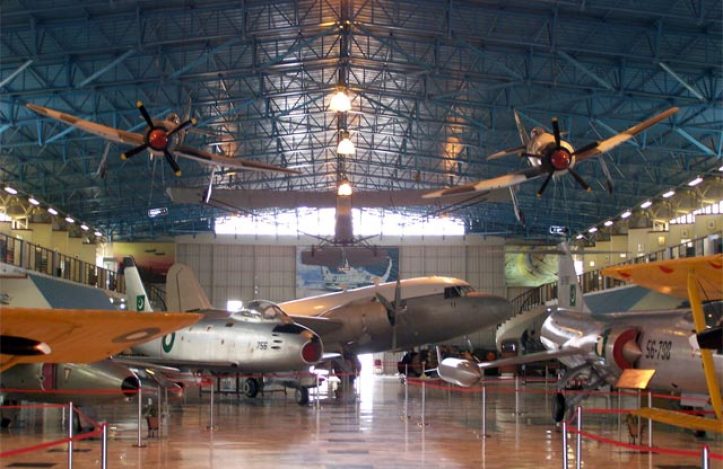 Museums can be called the epic center of linking the present and future generations with their history. There is nothing more educational than a trip to a museum. For every trip to the museum, there is a chance to learn something new and important.

PAF Museum is situated in Karachi is such a place. A stronghold of Pakistan’s rich combat history and patriotism. Chief of the Air Staff Air Chief Marshal Abbas Khattak inaugurated the PAF Museum Karachi on14 August 1997. It is situated next to the PAF Base Faisal. Both these places are on the main Shahrah-e-Faisal. The museum was previously known as the aviation museum. In October 1997, people were allowed to visit the museum.

When you visit the PAF Museum Karachi, it is an overwhelming experience. The museum offers an outdoor experience for the visiting public. The outdoor display comprises of luxurious green lawn where you will be able to see real planes, helicopters, and a lot of other Air Defence gear. There are various planes and helicopters on display like the Mirage, FT-6,MFI-17, Starfighter, F-86 Sabre, F-6, T-33, Mushshak, Aero Commander, Antonov An-12, Travel Air, Harvard, and Huskie Helicopter, and other planes and helicopters can be seenon display.

Viking plane, which is, displayed as special presentation‘The Quaid’s Aircraft’. Originally, it was a Vikers Viking 1B-J750 aircraft. It was put together in Vikers Armstrong of UK for commercial purposes. The Viking plane that is on display remained in the personal use of the Father of the Nation, Quaid-e-Azam Mohammad Ali Jinnah until his death. The plane was then saved for exhibition in 1953 and placed at the aviation museum, which is now the PAF Museum Karachi, as we know it.

The other rare display in the archive gallery is an Indian Gnat aeroplane. It was originally an Indian Air Force aircraft, which the Pakistan Air Force forced the Indian pilot to land in Pasroor during the 1965 war. It is a relic of the victories of Pakistan Air Force against the Indian attack among other achievements. There are also four PCs installed which are full of information about various aspects of PAF.

Ahead of the Archive Gallery are sub-galleries. Approximately four in number, these sub galleries include extensive displays including;

One of the galleries has models of aircrafts and paintings, which show aspects, and development of aerial warfare throughout history. In another gallery, models of various fighter aircraft from all over the world are on display. Two of the galleries are devoted to the “Shuhadas”. The galleries remember and commemorate the heroes of the 1965 and the 1971 wars in pictures and portraits.

A canteen and a cafeteria are also a part of the museum experience that offers the visitors a chance to refresh and re-energize. If you are in a shopping mood, the PAFWA Shop offers assorted items made by the employees’ families of PAF including arts and crafts. There is also a Souvenir Shop from where you can buy different items and souvenirs from Pakistan Air Force.