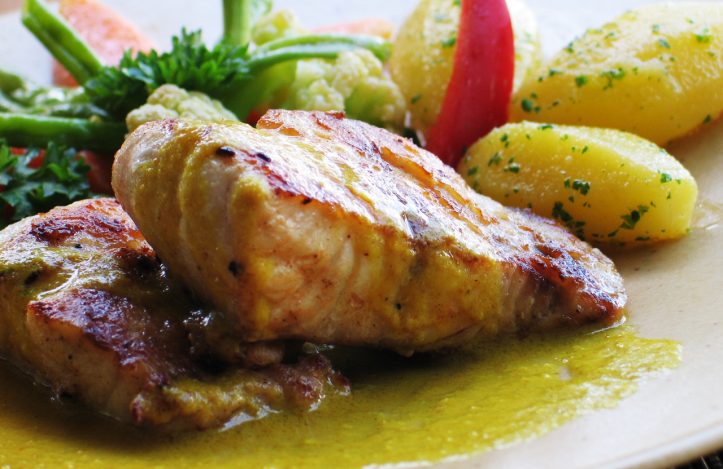 Pakistan is well known for its Desi food all over the Globe. Pakistani food is served in tons of restaurants including the ones located outside Asia. This is due to the spiciness and the unique taste of Pakistani dishes. There are tons of Pakistani dishes which can’t be covered in a single article. So, we have listed down the best seven Pakistani foods. Let’s take a look.

Nihari is made by adding wheat flour to a mixture of Gareevi {masala made for such dishes}. Served with Desi tarka, this dish is one favorite meal of majority of Pakistanis.

Now, Nihari is offered with variety of meat options such as chicken Nihari and beef Nihari. In Pakistan, there are selected Nihari shops which are considered the best Nihari places for their unique taste.

In Pakistan, Karahi is formally known as by the type of meat it is made with like chicken Karahi or mutton Karahi.

This dish is made in traditional Karahi {type of Desi crockery} with the required meat option {chicken or mutton}. Several

masala’s are added to make it spicy and delicious. It is served with Raita {yogurt} and salad along with Nan or chapatti.

As the name indicates, this meal compromises of white boiled rice and is served with Daal, salad and Raita. Majority of people like it as it’s hygienic and contains no spices.

Haleem is made by mixing different type of Daal’s {beans} and then by blending this mixture. This mixture gives it its real taste.

When served after Desi tarka, Haleem becomes as tasty as any other meat meal. Haleem is eaten by many as lunch meal as it is bit heavy and takes time to digest.

When we talk about a Bar B Q meal chicken tikka is the best Pakistani Bar BQ meal. It is made by grilling boneless chicken pieces. When ready, chicken tikka tastes great.

It is served with Nan or chapatti along with raita.

Korma is the most common meat dish of Pakistan. It is often served as a meal in several gatherings including weddings.

Depending on the type of meat chicken or mutton, korma is made by adding this meat into the special Gareevi which is prepared for such type of dishes. Korma serves great with rohghni Nan, salad and cold drinks.

The most favorite dish of a lot Pakistanis, especially kids.

Biryani is the king of rice meals when we talk about Pakistani dishes.

There are several types of biryani which mainly includes Bombay biryani and Sindhi biryani. For the best biryani experience take it with a cold drink and a plate of salad, you will surely enjoy it.

These are the seven best Pakistani foods. People of Pakistan love these dishes and they are not alone in this regard, even outside Asia Pakistani dishes are loved by foreign. From this all it’s easy to understand the taste and uniqueness of Pakistani dishes. So, what are you waiting for go and grab your favorite Pakistani meal and have fun.